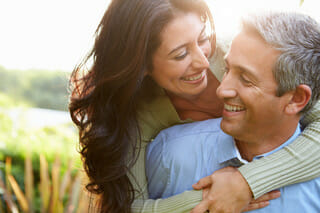 Disclosure: The below case study is intended to provide an narrated example of the services and solutions provided by Goodwin Investment Advisory to its clients. The story line illustrates examples of issues our clients face and how we can serve as your investment and planning guide.

1. Jordan and Rachel Wolfe, (fictitious names) are in their late 40s early 50s. They were self managing their money. Jordan and Rachel managed their money well, and were out of debt by following Dave Ramsey from early on in marriage, but we’re now at a point where they were thinking about retirement planning and concerned about their 401k. Jordan, according to him, got a late start on his 401k by adding to it late in his career. They were specifically seeking sound advice and good money principles for managing their money.

Jordan and Rachel didn’t have debt, but they didn’t have much savings either. They had a $25,000 second mortgage that they were paying 7.5% interest on. They had $147,000 in savings. Rachel was avidly saving money because she was scared. This was worrisome for the couple. They felt they were missing an expert perspective on how to invest. They were worried about their lack of planning for the future and they didn’t feel like they knew what they were doing. Jordan had no idea what to pick for his 401k choices and wanted to know that what they were doing with their resources was wise. James and Rachel wanted someone to tell them hard numbers guiding them with specific amounts on how much to save and how much to put where. Jordan wanted to make sure they were going to live comfortably after retirement and Rachel wanted to know they were making wise financial decisions for her peace of mind.

Their frustration with finances mostly had to do with being married and having differences of opinions when it came to finances. They wish they would have had another opinion or even a referee, when it came to making financial decisions such as savings, car purchases, etc. Because of this they knew getting an outside perspective in this time would be beneficial and avoid any marital conflict and help them to be on the same team moving forward.

2. To begin, Jordan and Rachel wanted to look at their 401k and have Goodwin Investment choose and manage their investments. GIA explained all of the different options as well as levels of risk. They were looking for broad brush strokes to help them know how they should save, how much, and where they should make different decisions financially.

3. We recommended paying off their second mortgage. They took this advice before they even hired us. This allowed them to reduce their risk. We showed Rachel in the second or third meeting that you can’t put your hope and faith in your money, you have to put it in God. Our responsibility is to be good stewards, but hiding money and stockpiling savings was not working in their favor. When Jordan received work bonuses we made custom recommendations based on their financial goals. We gave them recommendations on life insurance providers and gave them a contact for an agent we trust. They also wanted advice on refinancing their home and we connected them with a mortgage broker. GIA is not compensated for recommending outside partners, but we recommend them because they are people we trust since previous clients we have recommended to them have been happy with their services. We discussed their retirement options, legacy plan, goals, and risk level.

4. Years later after hiring us, Jordan got a new job offer and didn’t know whether they should take it or not. They came in and we sat down and went through all the pros and cons of whether or not they should take this job or not discussing bonus structure, salary, time off, insurance, etc… Then they have continued to ask for ongoing advice like whether to buy a new house.

5. Listening to Jordan and Rachel’s needs, we were able to help them make decisions in regards to their finances that they were comfortable with and give them peace of mind. Our recommendations were specifically suited to their age and risk level.  Others in their position may have been more comfortable putting money into more aggressive growth strategies, but Jordan and Rachel wanted to know that his money would generate enough of a return to feel confident about their retirement and future without feeling the fears of being too risky. They wanted to make more interest than they were making previously and to make more than they would using a savings account.