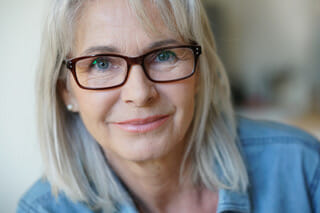 Disclosure: The below case study is intended to provide an narrated example of the services and solutions provided by Goodwin Investment Advisory to its clients. The story line illustrates examples of issues our clients face and how we can serve as your investment and planning guide.

Megan Reynolds (a fictitious name) is in her late 60s and recently became a widow when her husband died unexpectedly in December of 2019. After her husband passed away she realized she was not confident on what to do with her finances. She didn’t think she would have to make these decisions alone.  She and her husband previously managed their own separate bank accounts. As she stated it, she was managing her money, “by the seat of her pants.” She had a 401k with a previous employer as well as a pension, so she knew she would be okay. She wanted to get her own finances in order so that when she too passes away, her son–the executor of her estate–would not wonder how her money was handled. She wanted the satisfaction that her son would see that she managed her money well.

Megan had a lump sum of money in savings as well as inheritance money that was just sitting there. Her husband’s death prompted her to ask for professional help with what to do with her money. Megan went online and searched for a local CFP® professional in her area and found Justin at Goodwin Investment Advisory, set up an intro call with Beth Trane, and hired Team GIA to help her manage her wealth.

2. Megan knew she wanted to do something other than leave her money in savings because she wasn’t growing her wealth. She had no idea where to begin and didn’t want to learn a new subject–finance. She wanted to have confidence and trust and peace of mind that her finances were done right. Megan’s goal was to move her money from her current 401k. She decided to do an in-service rollover to an IRA to invest with Goodwin Investment Advisory. Megan’s most important goal was to feel that she could trust that her money was being invested the right way as she felt a lack of confidence in her current plan.

3. Justin began to educate and guide Megan to invest her money in a time-tested, strategic asset allocated strategy. Not only was she looking to invest her money, but she started investing at the beginning of COVID-19. She wanted confidence in her investments in the midst of a global pandemic and a volatile market. Megan knew that stocks tend to go up and down, and she is not a person who freaks out. However, because of the decisions she made to invest her money differently she now has confidence in her financial future. Because beginning to invest in this time could have easily been an anxiety-inducing life event, one that touches both financial and emotional issues, we asked her to prioritize what was most important to her and what she was most nervous about. We walked her through the potential of losses and the effect of the market in the months ahead and together came up with a financial plan and legacy strategy.

Because she was near her target retirement years, we recommended allocating 60% to stock funds and 40% to bond funds. Her 401k is not her lifeline to retirement and so she has been able to invest it in a more aggressive portfolio then others in her same age and life stage. Since we assured her that she could live off her pension and social security alone, she has been able to continue working without spending her paycheck on living expenses. Through our recommendations she has been able to put her entire paycheck directly toward her mortgage every month with the goal of paying off her mortgage entirely. We walked Megan through how all of her decisions would help her to accomplish her goals, ensuring that any decisions made were aligned with both her short and long-term expectations. We also explained to Megan that no investment strategy comes without some risks, so it was important for her to consider all the variables before settling on an approach.

4. Financial planning has taken a lot of stress out of Megan’s life knowing that she isn’t alone in making her financial decisions and that she is well prepared for her future. She loves that she is able to continue to work and use that money strategically to pay off her mortgage and that her investments are well managed so that she can have that peace of mind that she was longing for.

Subscribe to our valuable content and for doing so, we will send you a free pdf of our founder’s book, Exponential Wealth.